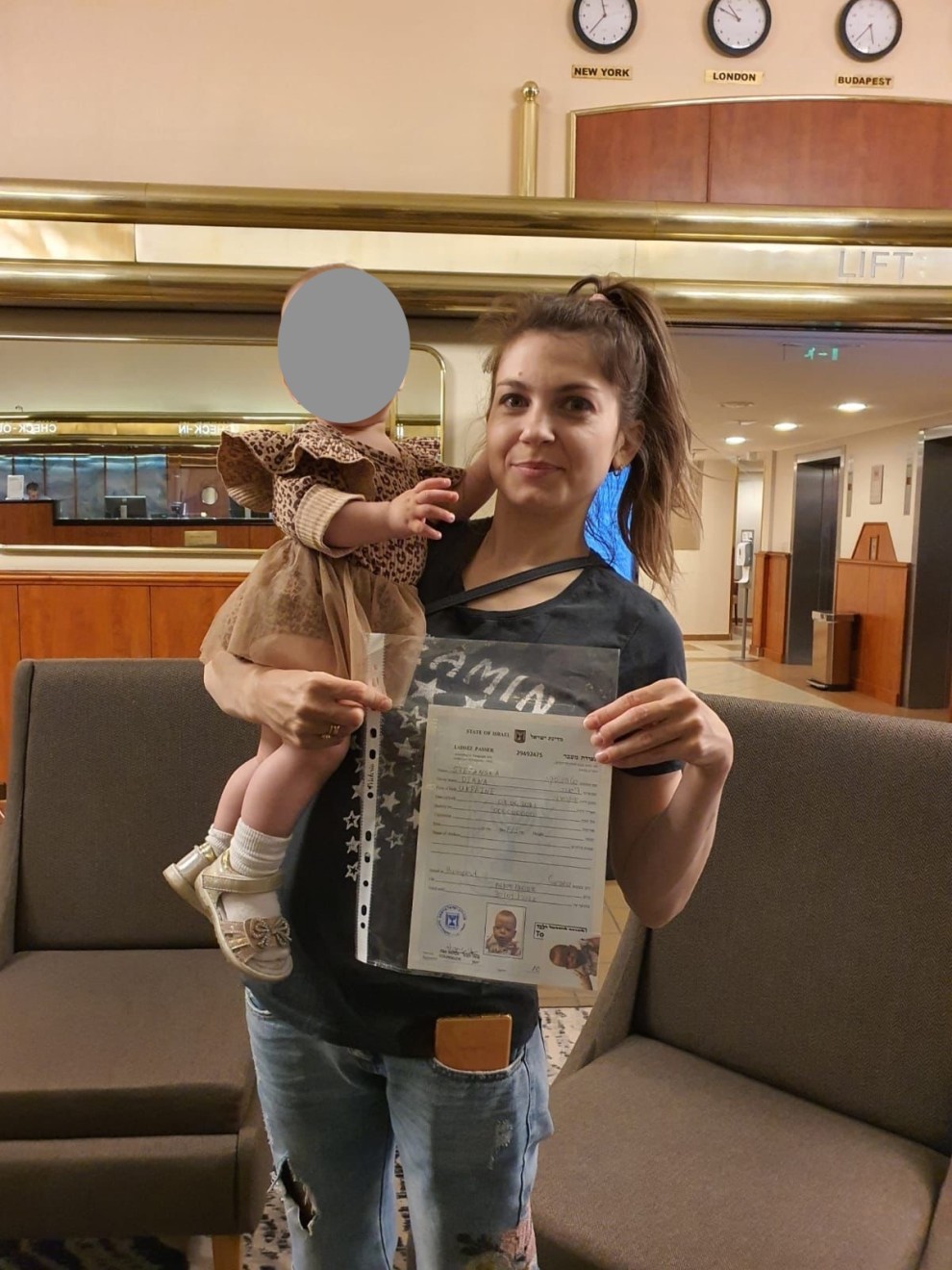 Recently Maya Shoham, the Director of the Hadera-Eiron Southeast US & Czech Partnership 2Gether Program, traveled to the border of Ukraine and Hungary to help coordinate volunteers to assist those fleeing the violence in Ukraine. See below for her thoughts and reflections on the experience.

Since its establishment in 1929, the Jewish Agency for Israel, among other functions, has played a vital role in the return of the Jews to the historical homeland of the Jewish people. The unit for Aliyah, Absorption and Special Missions in JAFI leads processes of aid to those entitled and it is in their wish to come and live in Israel and provides an initial response to crisis situations in the Jewish world.

Since the outbreak of the war in Ukraine, JAFI has deployed teams in neighboring countries bordering Ukraine and has become one of the leading organizations in providing assistance to refugees in general. In this context I was called to take part in the operation in Hungary. As part of this, I lead a delegation of volunteers - Americans and Israelis - all of whom speak Russian and / or Ukrainian, who will provide assistance and response to Ukraine-Jewish refugees.

In most cases I have encountered, refugees made a momentary decision to leave Ukraine, their home. After a considerable time in the shelter or due to a particularly strong bombing, they left their lives behind, taking what could be taken, whether it is by car, a train or a bus, and set off to the border. At the border crossings, representatives of the various humanitarian organizations are waiting for them. By order of the Ukrainian government, men aged 18-60 are potential for recruitment to their Army and are therefore not allowed to leave the country. This is why so many of the refugees are women with children and adults.

Representatives of the State of Israel and the Jewish Agency are working in the borders to check who is eligible for immigration to Israel and who is interested in doing so. These people are referred to hotels rented by JAFI for this purpose, where an expedited consular process is carried out. After the approval of all parties they fly to Israel in the hope of waiting for their family members that are left behind and start to build a new life in Israel.

My responsibility was at a hotel in Budapest. My team of volunteers received the refugees who came from the border, provided them with food, a bed, basic products, counseling and guidance, activities for children, youth and adults, information about Israel and the Aliyah process and especially a lot of warmth, love and listening to their stories about the life they left behind.

Many of us hear less and less in the media about the situation in Ukraine. Since I just got back from there, I can tell you firsthand that the war is in full swing, and the victims of the war are still out there. Just a few days ago parents arrived with their 2 teenage children who left behind a grocery store that supported them. They put everything they could in the car, and escaped because they could no longer contain the noise of planes and bombs.

A day after I arrived came a young mother of a lovely 11-month-old baby who says her private home, the two cars and the girl's stroller, were all wiped out by the bombing. She sat two months with the baby alone in the basement, with cold burns on her arms, she decided to set off with only the girl's clothes in her possession. She came to us hysteric, with red eyes, and we could see how much weight she had lost from her body. You could see that the baby was holding on to her and not ready to go to strangers, crying a lot, not calm at all. Slowly the team acquired the mother's faith. Slowly we calmed her down and gave her a sense of security. She could finally give her baby food and not just breastfeed her. We sent her for medical treatment, and we also managed to get her to smile. The happiness when she received the baby's travel document to Israel was evident on her face in the attached photo.

I have a picture in my head, one I saw with my own eyes and did not take out the camera to take. I am catching some fresh air outside the hotel and see a woman leaving the hotel towards her fancy Lexus car. She opens the trunk with the car's remote control and all the contents of her house are revealed to my eyes. Piles of clothes, rugs, microwave, anything she could cram in under an atmosphere of running away. It was symbolic, scary, and sad. The thought what are you taking with you, what will you need? What is important? For how long? Will anything remain if you do not take it?

I am ashamed to say that I returned exhausted from such a meaningful endeavor. At the same time, I returned proud, not only of my country and the organization I work for, but also of our ability, as a Jewish people, to unite forces, and take care of our people. Our activity across all borders, led by Israel and the Jewish Agency, is carried out in an extraordinary cooperation and coordination of all the prominent Jewish organizations - JDC, JFNA and the local Jewish communities.

I came back with the clear knowledge that "All Israel Responsible For Each Other" and this is not only a value we teach and speak of, but in the operation that is taking place these days within the borders of Ukraine, and also in unspoken rescue operations within Ukraine, this is in fact the case.

And how small is the Jewish world (or do I just know quite a few Jewish communities?) Quite by chance, in my delegation of volunteers there was a volunteer from Richmond, Virginia, one of our Southeast communities partnering with Hadera-Eiron.

Are you a fluent speaker of Russian and/or Ukrainian? Are you interested in traveling for 10 days in the near future to support this effort? If you are physically and mentally fit to take on this task, contact Erin Boynton. Volunteers are urgently needed. Together with JFNA and JAFI this mission is largely funded. The registration and acceptance process is short and so is the scheduling since the need is immediate. All of this is done directly through JAFI and our offices in North America.

Partnership 2Gether (P2G) creates relationships between the people of the Hadera-Eiron region in Israel and 10 southeastern US communities. Here in Charleston, that has so far manifested itself in peer to peer programs for young leaders, customized touring and home hospitality in the region for Charlestonians that visit Israel, and educational programming that connects teachers and students between the two communities. Contact Erin to get more involved with this initiative.