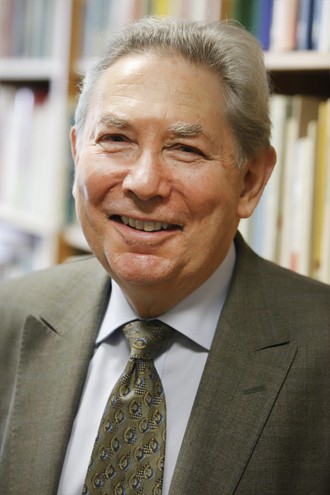 Sunday Brunch at Jewish Studies
THE HISTORIAN IN THE MUSEUM: ANTONY POLONSKY
Sunday, January 25, 2015 at 10:00AM

In this lecture, Antony Polonsky, Chief Historian of the Museum of the History of Polish Jews, will examine the problems faced by the historian in attempting to present his understanding of the past in a museum exhibition.  While historians work with language and try to reach conclusions based on documents, museum displays are made up of images and objects which often require elucidation. A clear picture has to be drawn and there is no place for the qualifications which are characteristic of historical writing. The lecture will attempt to show how modern scholarship on the history and culture of the Jews of Poland is reflected in the permanent exhibition.

A native of Johannesburg, South Africa, Antony Polonsky joined the faculty of Brandeis University in 1992. In ‘99 he was appointed Professor of Holocaust Studies, an appointment held jointly at the United States Holocaust Memorial Museum and Brandeis University. Most recently, Polonsky was named Chief Historian of the Permanent Exhibition at the Museum of Polish Jews in Warsaw, Poland.