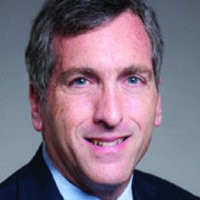 COLUMBIA, SC — Did you know that South Carolina is the only Southeastern state to sign a bilateral research and development agreement with Israel? And did you know that South Carolina was the only state to have an official presence in mid-December at Israel’s premier annual business gathering in Tel Aviv, attended by more than 3,000 entrepreneurs and Israeli officials?

At the conference, members of the South Carolina Israel Collaboration raised awareness of South Carolina as a business-friendly partner. Our participation received national coverage in Globes, Israel’s leading business newspaper.

Why Israel? Like South Carolina, Israel is small. Only 65 years old, Israel, with only 8 million people, has virtually no natural resources. Yet it has produced more startup companies than countries such as Japan, China, India, Canada and the United Kingdom. Israel has a larger venture capital industry per capita than any other country. Many prominent American companies, such as Intel and Microsoft, have set up incubators in Israel to bring Israeli technology to the world. Other countries have tried to emulate the start-up nation, but none has succeeded.

What happens when you combine the two? They shine.

At the conference, we South Carolinians described the world-class research taking place at Clemson, MUSC and USC. The delegation also pointed to the October agreement between the S.C. Research Authority and MATIMOP, Israel’s official state agency for promoting industrial research and development, as a cornerstone for the growing Israel-S.C. relationship. The agreement gives us a leg up on other states as the two agencies identify and finance joint industrial research and development projects. Proposals already are being accepted.

The aerospace, automotive, biomedical and clean-technology fields have great potential. The Boeing and BMW facilities have created job opportunities up and down their respective supply chains. Similarly, Clemson, MUSC and USC are collaborating on bioengineering research, and Israeli companies are interested.

Israeli-based NeuroQuest is opening a clinical research facility in Charleston to explore potential treatments for Alzheimer’s and ALS patients. During the December trip, Roper St. Francis in Charleston reached an agreement with Trendlines, which operates medical device and agro-tech incubators in Israel, to cooperate in the development of a biotechnology incubator. Other Israeli-based companies are actively considering South Carolina as their North American landing point.

We South Carolinians can do more. We must collaborate and cooperate, just as we did on the recent mission to Israel. We must think as South Carolinians not as Lowcountry, Midlands or Upstate residents, to create jobs in a changing world economy. The Department of Commerce must continue its exemplary job of listening to large and small companies to facilitate their success. When S.C. companies succeed, we all succeed.

South Carolina is not the only state seeking to bootstrap onto Israeli tech companies to grow its economy. We must continue to nurture an environment where knowledge-based companies, Israeli or otherwise, can succeed. We are competing with the world for the capital and talent needed to attract and retain young and tech-based companies. Our universities, technical colleges and hiring and training programs such as readySC help create the workforce that growing companies seek, but we can, and must, do more. Simply competing on the Southeast stage is not sufficient.

Like Israel, South Carolina is competing with the world.

Mr. Ellison, a Charleston attorney, was a member of the South Carolina Israel Collaboration delegation that attended the Globes Israel Business Conference; contact him at mellison@wcsr.com.

The original article can be found on the World Trade Centers Association website.