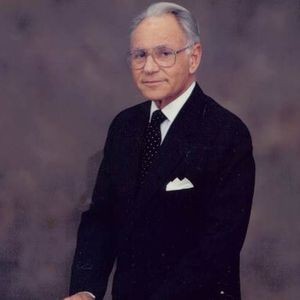 The Jewish community mourns the loss of Judge Hugo Max Spitz, who passed away peacefully at his home surrounded by his family on Thursday, March 15. Spitz was deeply committed to the Charleston Jewish Community, serving as President of Charleston Jewish Federation, President of Synagogue Emanu-El, Vice President of the JCC, President and life member of the Hebrew Benevolent Society and member of the Hebrew Orphan Society. We send our deepest condolences to his family and friends.

Hugo Spitz was born in Richmond,VA on August 17, 1927 to Clara Herzfeld Spitz and Jacob Gustav Spitz. At eight years of age, he moved to Miami, Florida. He obtained his undergraduate and graduate degree in Law from the University of Florida. Hugo had a strong love of country and served in WWII in the Navy, even though he was not required to serve because his brother died serving in the Air Force and he was a sole surviving son. Hugo was the Assistant Attorney General for the State of Florida and then worked for Williams, Salomon and Katz law firm in Miami from 1951-1954. During that time, he met Barbara Steinberg (Spitz) who was attending the University of Miami, after being fixed up on a blind date. Their courtship was brief and they married in 1952 in Charleston, SC.

Hugo joined the law firm of Steinberg and Levkoff in 1954 and then became a senior partner of Steinberg, Levkoff, Spitz and Goldberg in 1957 until he retired in 2001. Hugo was a municipal Judge for the City of Charleston, member of the Charleston County Substance Abuse Commission, Board of Governors of South Carolina Patients Compensation Fund, on the Board of Directors of South Carolina Workers' Compensation Educational Association, Past President of SC Trial Lawyers Association, former Chairman of Franklin C. Fetter Health Center, founding sponsor of the Civil Justice Foundation, recipient of the Order of Silver Crescent from the Governor of SC for his service, founder and honorary life board member of the SC Workers Compensation Educational Association. He believed health care and civil justice were important for a strong community and that a rising tide lifts all boats. Hugo was very involved in the Charleston Jewish Community serving as President of Charleston Jewish Federation, President of Synagogue Emanu-El, Vice President of the JCC, President and life member of the Hebrew Benevolent Society and member of the Hebrew Orphan Society.

Hugo always had a love for learning and after retiring, having spent 50 years on Broad Street, had a full life volunteering in the community, playing cards, enjoying his home and his family. He went to the College of Charleston when he was in his 70's to keep his mind sharp and he always felt that you COULD teach an old dog new tricks! As a judge in Charleston, SC he became famous for the horse diaper ruling in 1972 stating "it is the opinion of this court that horses were not designed by God to wear a diaper."

He looked for the best in others and gave the best he had. He had a great love of family, community and country and leaves the world better than he found it. Hugo is survived by his devoted wife of 65 years, Barbara S. Spitz; son, Jack G. Spitz (Shelley) of Charleston, SC; daughters: Jill S. Levy (Marc) of Charleston, SC, and Sally S. Vinikoff (Ken) of Cleveland, OH; five grandchildren: Cara Rivera (Sundance), Joshua Spitz (Rebecca), Julia Levy, Cara Levy and Rachel Fahringer; and three wonderful great-grandchildren.

Memorials may be made to Synagogue Emanuel Steinberg Chapel, 5 Windsor Drive Charleston, SC 29407 and Fields to Families, PO Box 21117, Charleston, SC 29413.Special thanks to Louise Gilmore, of blessed memory, lifetime companion and friend, to his caregivers "Sergeant Major" Ebony Jackson and Elaine Blake and to the loving staff at Lutheran Hospice.