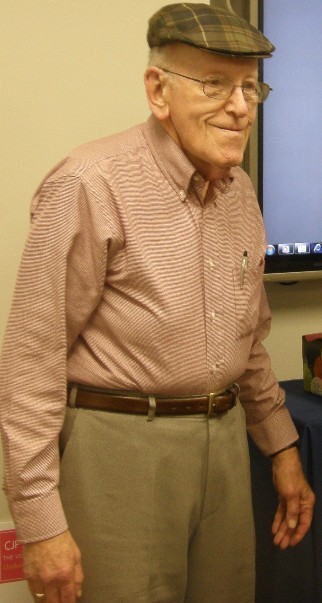 Harold Fox (OBM) was always a man with a great story to share. Most people in the Jewish community, however, never heard his story, the one that described how Harold served the most vulnerable Jewish families in the Charleston area for the past fifty years.

Harold worked humbly and quietly behind the scenes to support Jewish families in crisis and helped rebuild their lives in Charleston.  His most important stories were the ones he was never able to share openly but forever changed the lives of those he touched.  After his passing, friends and families revealed their shock after discovering how dedicated Harold was to helping families in need during their most trying times.

It is impossible to calculate the number of individuals and families that Harold supported during his many years of service through the Charleston Jewish Federation and Charleston Jewish Family Services. He used his intelligence and perseverance to provide a voice to those who felt they did not have one. He exemplified the value of Tikkun Olam, and left the world, especially Charleston, a much better place through his compassion and dedication to assisting the community’s most vulnerable members.

Do not be daunted by the enormity of the world’s grief. Do justly, now. Walk humbly, now. You are not obligated to complete the work, but neither are you free to abandon it.

In 2016, Harold became the first Charleston Jewish Federation Lifetime Honorary Board Member. To honor all the important work he had done over his many years of service, the Federation then created The Harold Fox Endowment for Jewish Family Services. On behalf of those who worked with Harold, we are grateful for his counsel, his generosity of spirit and his sense of humor. We are also thrilled that he was able to see the endowment created in his honor and know that his life’s work would continue on in perpetuity.

During his last CJF board meeting in June, Harold shared how wonderful it was to be a part of an organization that was full of positivity. Those sentiments will bring joy and comfort to all of us who loved and respected him.

If you would like to help perpetuate Harold’s commitment to the Jewish Family services, please consider donating to The Harold Fox Endowment for Jewish Family Services.

Please send your gift to: