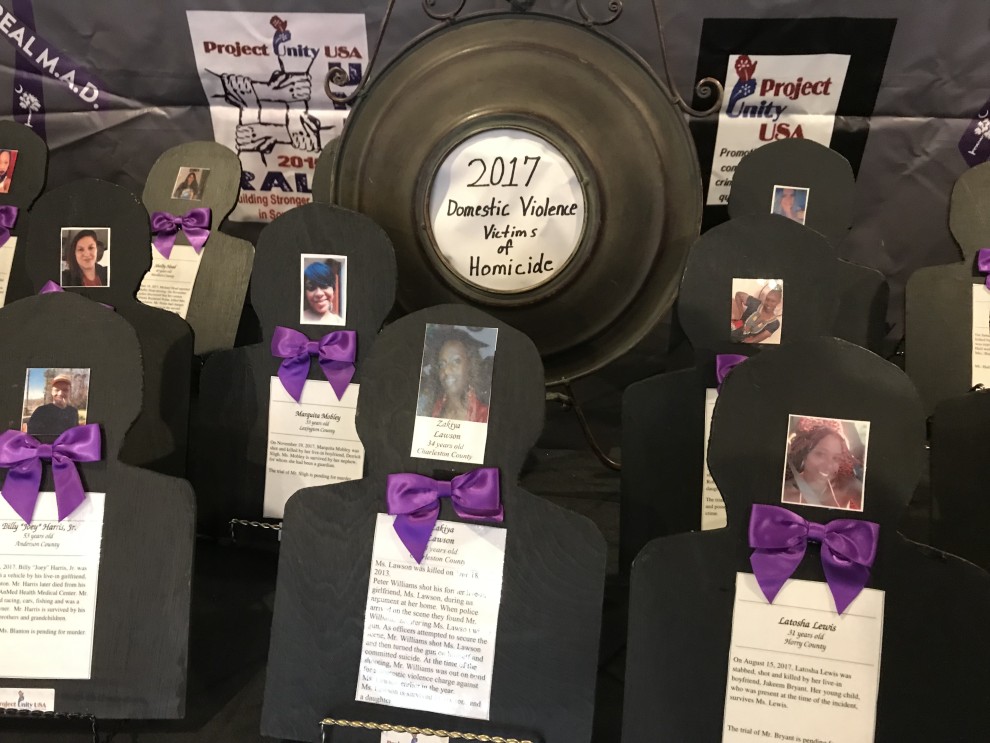 On Thursday, September 12, 2019 at 6:30 p.m., National Council of Jewish Women, Charleston Section partnered with Project Unity to present a program about the male role in domestic violence.  About 70 people came to the Charleston Museum where they enjoyed a light supper followed by the program.  NCJW President, Mary Radin, introduced the speakers.  First to speak was Charleston Mayor John Tecklenburg, who highlighted the fact that individuals who repeatedly committed a gun crime received the same penalty; it was not increased with additional offenses as were other crimes.  He appealed to the audience to get this changed via the state legislature.  Scarlet Wilson, State Solicitor spoke about the current state of the judicial system and the difficulty of prioritizing crimes in relation to scheduling them on the court docket and the need for a separate court just for domestic violence crimes in order to hear them more promptly.  Carrie Boan, a victim of domestic violence, spoke about her personal experience.  Finally, Butch Kennedy, leader of Project Unity, which focuses on teaching men about domestic violence and how real men should never hit women, gave an outstanding audiovisual presentation about the role our culture plays in teaching boys from a very young age to be macho rather than empathetic and how this practice can contribute to later fostering domestic violence.  The presentations were followed by a Question and Answer session. There was no charge for this community event.  Funding for the event was provided by a grant from the Charleston Jewish Federation.  The Charleston Museum provided their lobby and auditorium free of charge as well.