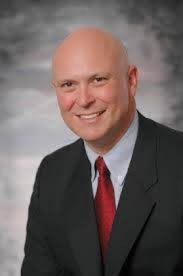 Jewish leaders honored Alan D. Clemmons, for his efforts to protect South Carolina-Israel relations. The honor was given at a national event co-hosted by Jewish Federations' Israel Action Network and The Israel Project held on July 19, 2016, part of the ongoing effort to support local leaders that take a stand against the boycotts, divestment and sanctions (BDS) movement which discriminate against Israeli businesses and individuals and undermines Middle East peace.

Representative Alan D. Clemmons has taken a leading role in ensuring that efforts to isolate and delegitimize Israel, the only democracy in the Middle East, are unable to gain a foothold in the great state of South Carolina. Clemmons has made it clear that supporting Israel is not only in our state's interest, but it is in America’s interest as well.

“The delegitimization movement against Israel does nothing to advance the peace process, nor even to advance the Palestinian cause. Instead it spreads misinformation, demonizes the Jewish state and serves as judge and jury, shutting down any opportunity for dialogue,” said Jewish Federations of North America Senior Vice President for Public Policy and Director of the Washington Office William Daroff.

The BDS Movement is becoming increasingly sophisticated in its attempt to isolate Israel from the international community. Its initiatives seek to sever the cultural, academic, and economic ties between Israel and its Palestinian neighbors, the precise ties that are needed to foster peace. As a result, BDS is counterproductive to resolving the Israeli-Palestinian conflict and indeed harmful to efforts to build long-term, lasting peace. This tragic and ironic outcome should not surprise informed observers of the Middle East who understand that the purpose of BDS is not actually to promote Palestinian autonomy, as their leaders often claim. Instead, the movement has an ulterior motive, which is to deny Israel’s right to exist as a Jewish state. That is why BDS doesn’t focus on strengthening Palestinian civic infrastructure or supporting

Palestinians. Instead, it focuses on assaulting Israel’s legitimacy, which is a dangerous aim. When Israel’s right to exist is threatened with BDS, Jewish Federations work to turn the tide away from delegitimization and more towards effective peacemaking through The Israel Action Network (IAN). Working to support leaders in the affected communities, IAN can be found wherever BDS raises its ugly head – helping Hillel’s on college campuses, advising professors in their classrooms and within academic associations, coordinating local efforts to adopt anti-discrimination legislation in states across the country, counseling fair trade focused CEO’s in board rooms and partnering with church anti-BDS activists – just to name a few.

On the legislative end, IAN works closely with The Israel Project to support elected officials who have taken a stand against BDS. Together the two groups are working to ensure that affected states In America sign anti-BDS legislation into law. As of today ten states have them in place. “We are grateful to Alan Clemmons for fighting this anti-Israel bigotry,” said The Israel Project CEO Josh Block. “Any attempt to single out the only Jewish state and hold it to an unfair double standard is, without a doubt, anti-Semitic, and we thank Representative Clemmons or standing with us.”

About The Israel Project

The Israel Project (TIP) is a nonprofit, nonpartisan educational organization that provides factual information about Israel and the Middle East to the press, policymakers and the public. Founded in 2003, TIP works in multiple languages to provide real-time background information, images, maps, audio, video, graphics and direct access to newsmakers. To learn more about TIP, visit http://www.theisraelproject.org.

The Israel Action Network (IAN) is a project of The Jewish Federations of North America, created to counter assaults made on Israel’s legitimacy. Israel today faces an intensive and increasingly sophisticated assault on its right to exist as a sovereign democratic Jewish state. IAN educates, organizes and mobilizes the organized North American Jewish community to develop strategic approaches to countering these assaults and develop innovative efforts to change the conversation about Israel and achieving peace and security for two states for two peoples. To learn more, visit http://israelactionnetwork.org.