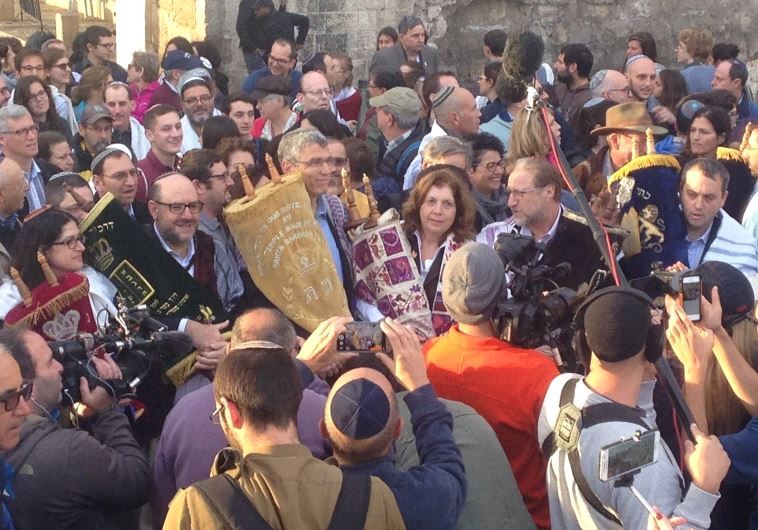 Jewish Federations wholeheartedly endorse the strong statement issued earlier today by Natan Sharansky, Chairman of The Jewish Agency for Israel, regarding the outrageous bill being advanced at the Knesset which aims to ban non-Orthodox services at the Kotel. This bill completely undermines the resolution that was negotiated in good faith and was resoundingly approved by the Government of Israel. Given the Prime Minister of Israel's personal commitment to strengthening relations with Diaspora Jewry, we are hopeful that that this damaging bill will be swiftly dismissed by a majority of the coalition and of the Knesset preventing irreparable damage to Israel's relationship with Diaspora Jewry.

Below is the statement:

JERUSALEM, ISRAEL – Chairman of the Executive of The Jewish Agency for Israel Natan Sharansky has released the following statement regarding the bill introduced in the Knesset yesterday (Sunday, December 11) concerning prayer at the Western Wall:

“This bill makes a mockery of all the efforts made by recent governments to ensure that the Western Wall is a place that unites, rather than divides, the Jewish people. This bill's passage would have grave consequences for the relationship between Israel and Diaspora Jewry. Based on the Prime Minister’s strong personal commitment to strengthening the Israel-Diaspora relationship, it is my fervent hope that this damaging bill will be summarily dismissed by a majority of the coalition and of the Knesset.”