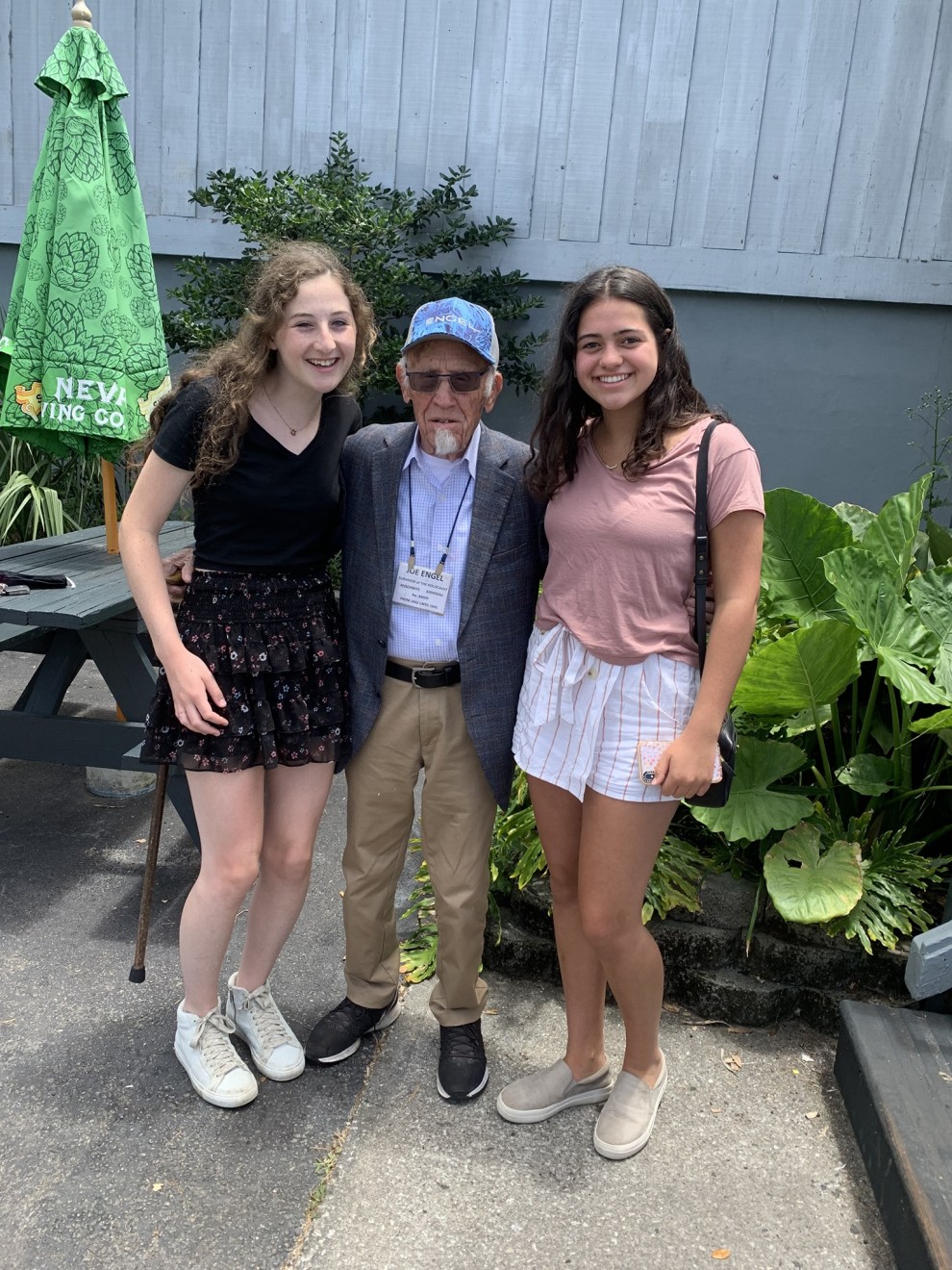 Samantha Krantz (Remember Program Associate) and Charleston Jewish Federation's first summer interns, Becca White and Sophie Levenson, visited with some of our local survivors including Joe Engel, Francine Taylor, and Diny Adkins last week. They were so happy to spend time catching up and sharing many stories.

One of CJF’s core priorities is to develop future Jewish community leaders. We are thrilled to introduce to our community two outstanding rising seniors from Porter Gaud who have already contributed so much to our Federation and Jewish community.

Becca White is a rising senior at Porter-Gaud who has been involved with the Federation since her sophomore year. She began as a member of the Remember Project during its pilot year and then served as a mentor for the following cohort, as well as a youth representative on the Remember Program Board. In addition, Becca attended the Partnership2Gether Israel Advocacy Seminar where she collaborated with Israeli and American teens to create a project comparing and contrasting the Women’s Rights Movement in each country. This past December, Becca was selected as a Max Kirshstein Community Youth Endowment Award recipient for her commitment to community service; she serves on both the Mayor’s Youth Commission and as a youth representative on the Charleston Citizen Police Advisory Council.

Sophie Levenson is excited to join the Charleston Jewish Federation for the summer to continue her enthusiastic involvement in the local Jewish community. As a graduated member of the first ever Remember Project cohort, Sophie has remained interested in Holocaust education and Jewish activism throughout her high school experience—she partook in the Stand With Us teen seminar for Israel Advocacy last summer and is an active member of her school’s Jewish Life program. Sophie has worked on numerous projects with CJF, including her Yom Hashoah song with Becca White entitled “Six Million Stars,” as well as an article on Ann Fields in honor of remembrance. As a result, she serves as a youth representative on the CJF Remember Program Board—an opportunity she values as a powerful avenue through which to learn about serving the Jewish community in Charleston. Additionally, Sophie is honored to hold the title of the Leukemia & Lymphoma Society’s Lowcountry Student of the Year, which came as a result of her fundraising campaign that ran for seven weeks in early 2021 and raised over a hundred thousand dollars to support blood cancer research and patient services. Sophie’s passion for the community was kindly awarded in December 2020 when she became a recipient of the Max Kirshtein Community Youth Endowment Award, an honor she shares with her close friend and co-intern Becca White.

We are excited for them to continue working with our Holocaust survivors and community.