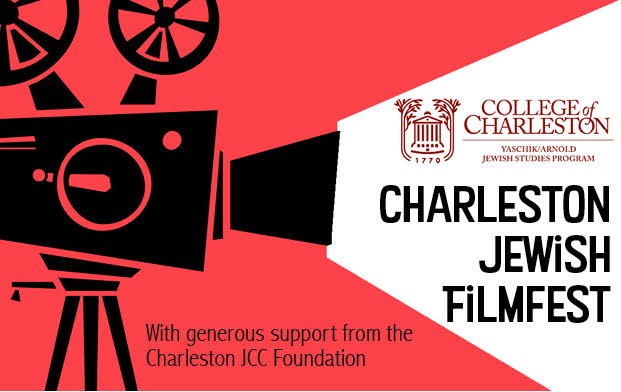 Our annual Jewish Film Festival goes virtual in 2021!  As always, a variety of films, themes and speakers will provide a rich sampling of international films.

Film: For this movie only, stream on Amazon Prime or YouTube for $3.99.

Program: Revisit  Goodbye, Columbus,  the 1969 film based on the Philip Roth novel.  Jewish Studies Professor Ezra Cappell will cover such topics as mid-century cultural assimilation, race relations, and the sexual revolution of the 1960s. A multigenerational panel will offer an assessment of the movie fifty years after its release. Trailer https://vimeo.com/14681585

Film: When two generations of Israeli women fall for a German woman and a Palestinian man, chaos follows. See what happens with lovers who don't fit but do belong together in this romantic  adventure. Trailer at https://www.youtube.com/watch?v=7Aa46PTkVXE

Program: Delve into our premiere opening film, Kiss Me Kosher, with a special interactive program.  Yaniv Sagee, CEO of Givat Haviva, will join us from Israel. He will examine diversity in Israeli society and guide our exploration of the rich topics in the film.  Through his "Shared Society Initiative" between Jewish and Arab, Sagee has engaged over 50,000 participants in 36 programs.

Film: On the way to special needs boarding school, a protective father runs away with his autistic, young adult son. Director Nir Bergman demonstrates in vivid, emotional detail the difficulty of coping with change.

Program: Talented students from this premier school in Jerusalem will zoom in from Israel and discuss their films,  Lookout and Supporting Role. These two films will  also be screened during the program with commentary.

Film:  Shared Legacies revisits the coalition and friendship between the Jewish and African-American communities during the1960s Civil Rights Movement. Pivotal events come alive through a treasure trove of archival materials narrated by eyewitnesses, activists, and leaders of the movement. Trailer https://youtu.be/FcEu_1jDHiI

The Jewish Filmfest is generously supported by the Charleston JCC Foundation