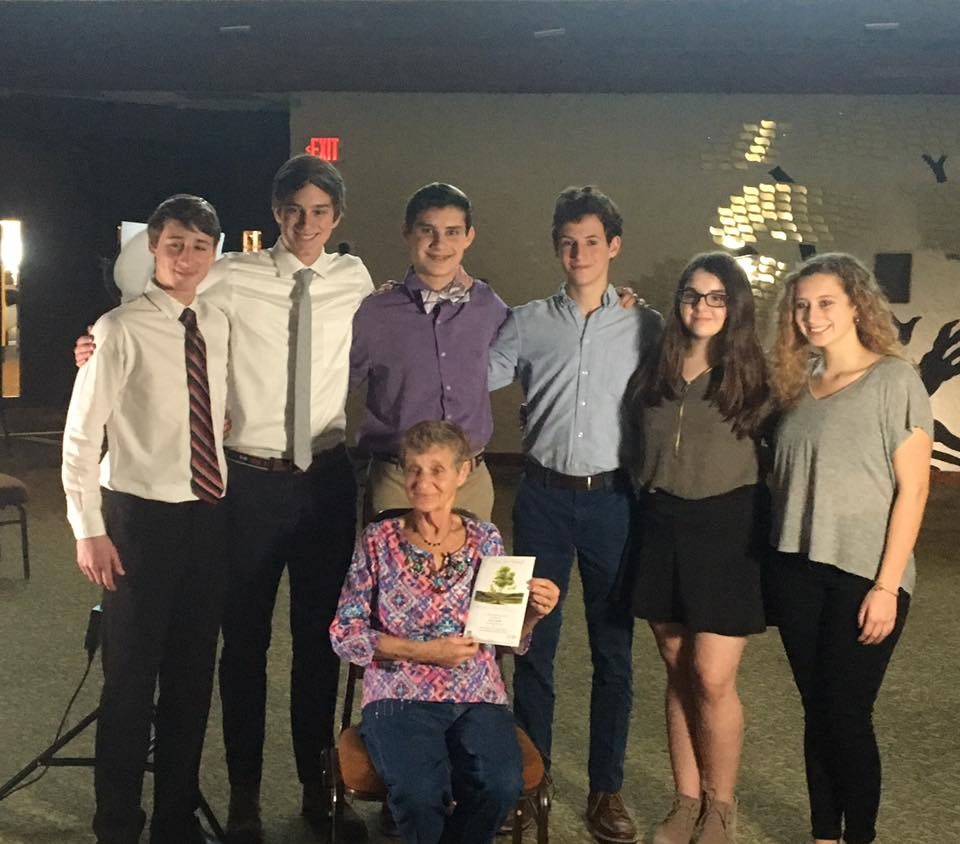 The Names, Not Numbers, INC ©​ program has provided us with the opportunity to bring teens together from all across our community in a collaborative effort.  We are thrilled to have teens from each of Charleston’s Jewish congregations participating in the project. Instead of focusing on what makes us different, the project has allowed us to focus on what unites us. Through the interview process students have been able to see that In the Holocaust Jews were not differentiated based on their affiliations.  One of the survivors interviewed shared that she did not even know she was Jewish until the Germans came to power.  Nonetheless, she was identified by the Nazis as being a Jew and as a result was discriminated against and forced to live through tremendous hardships.

One of our goals in doing this project is to teach our students that although we live in a world where there is so much that divides us, there is so much more that unites us as a people with a shared past and a shared destiny.  We have brought our students together as Jews to collectively remember the past and remind the world that we will never allow this to happen again.

While preparing for the interviews in Charleston, we had multiple survivors who had to cancel their participation in the program due to illness.  While this was difficult from a logistical standpoint, we felt that this provided the students with a strong message.  We viewed this as an opportunity to remind the students that the survivors will not be around forever and it is their responsibility to record and remember their stories. They are the last generation who will be able to experience the Holocaust through memory.  When we lose them, people will only experience the Holocaust as history.

One of the survivors who was interviewed was accompanied by her son. While she was sharing her story, her son approached me and said there were details in the story that she shared which he himself had never heard.  This is something that could have only been experienced through a personal interview, like those conducted through Names, Not Numbers INC ©.

About Names, Not Numbers INC©:

Names, Not Numbers INC©, an interactive, multi-media Holocaust project created by educator, Tova Fish-Rosenberg, teaches students about the Holocaust through research, filming, and editing. Ultimately, their documentaries will become a permanent part of Jewish institutions worldwide including the National Library of Israel, the Yad Vashem center for Holocaust research, and Yeshiva University’s Gottesman Library. Learn more on their website >>

There will also be a local screening of the documentary April 12, 2018 in collaboration with the Yaschik/Arnold Jewish Studies Program's Jewish Student Union.

Names, Not Numbers INC© is co-sponsored by all of our local synagogues (Congregation Dor Tikvah, Synagogue Emanu-El, Kahal Kadosh Beth Elohim and Brith Sholom Beth Israel) and received generous funding from Charleston Jewish Federation's REMEMBER Program and the SC Council on the Holocaust.The Names, Not Numbers Program is generously supported by a prominent national foundation.

Ora Davies serves as the Rebbetzin at Congregation Dor Tikvah. Davies brought Names, Not Numbers INC© to Charleston and is the lead organizer for the project. For more information please contact her at oradavies@gmail.com.