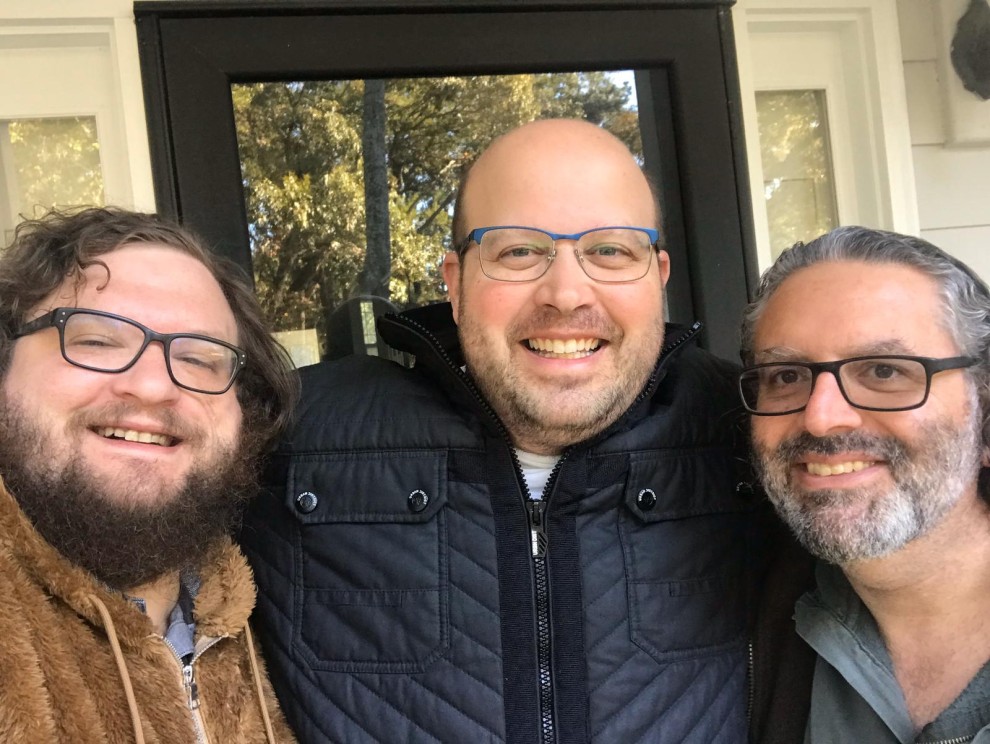 Ten years ago, I came to Charleston from the large Jewish community of Atlanta, where it felt like everyone knew me. I was immersed in a conservative way of life, well versed in my own Jewish identity, happily keeping kosher, and attending synagogue every Shabbat. I was a man land-locked into the city where I grew up, having never spread my wings even to go away to school.

I knew I belonged somewhere else, and that there would be a lot more to learn about relationships before I could fully immerse myself into an understanding of who I am destined to become.  Once I got to Charleston, I found myself alone in what appeared to me to be a sizable yet diverse Jewish community. In Charleston, it dawned on me just how different we are as a Jewish people. Admittedly, moving to Charleston was in part an escape, and a chance to start over, as I should have done long ago when I went to college.  Still, as wild as my life has been, I continue to be amazed how diverse a people I come from. Now able to focus on myself more than the outside world, I found myself having Ah-ha moments constantly.

Partnership 2gether's Leadership 2Gether Program (L2G) has led me to partner cities like Chattanooga, Nashville, Hadera (Israel), and most recently Jacksonville.  In March 2019, L2G invited us to meet our partners in Israel. Since it had been way too long since my last trip to HaAretz (Israel), I jumped at the chance to go.  I was lucky to have been in this program long enough that while in Israel, I met both my former partner that moved outside the Hadera region, other Israeli friends I made in our partner cities, as well as my latest partner, Chef Roy. Personally, I was very happy to host Chef Roy in my home for a couple of days in early November.  He taught me how to make Israeli red cabbage salad, and shared with me the secrets of great hummus and eggplant dishes! At the same time, I was able to introduce him to soul food that he enjoyed.

The Partnership has helped to foster quality relationships between American and Israeli leaders in a comfortable environment where we are able to learn from each other. Before becoming a participant I was unclear how American and Israeli Jews differ from each other. This past week in Jacksonville, I had a meaningful conversation with an Israeli participant about how we can make connections between Israelis and American Jews. We knew we had Chef Roy’s event coming up soon, and thought about inviting Israelis living in Charleston to the event. With the help of our local shaliach, quite a few of them attended. Those who participated in the event, myself included, were very happy to see that it was a success as it turned into a night of sharing between many local Israelis and American Jews that was long past due. It's wonderful how we can learn so much from different people if we open ourselves up to breaking that barrier to learn about each other.

The Partnership has made it possible for leaders to come together and join hands to better understand one another's challenges in order to remain strong and unified.  It is becoming normal for participants on both sides of the ocean to be in touch with each other on a daily basis. We check in with one another to ask how things are going and if they need anything.  For me, it’s more, as I have made great friends in Israel and in other partner cities across the Southeastern U.S. All of us leaders are committed to helping one another, even within their local communities, to share ideas and strengthen the bonds that keep our communities connected. It is that connection that strengthens our Zionism on a global perspective.

Leadership 2Gether is a program geared for young professionals, and just one of many that are part of The Jewish Agency’s Partnership 2Gether program, which creates a living bridge between ten Southeastern Jewish communities and the Hadera-Eiron region of Israel. You may have met the Israeli educators who are working with our local teachers to bring Israeli culture to our children, the Israeli teens who are hosted by our families, the young leaders who study Jewish identity together with our young professionals. Thanks to this partnership, the future of Charleston’s relationship with Israel is stronger than ever.
To learn more about this partnership, and even how you can receive home hospitality in the region on your next trip to Israel, contact Erin Boynton at erinb@jewishcharleston.org.