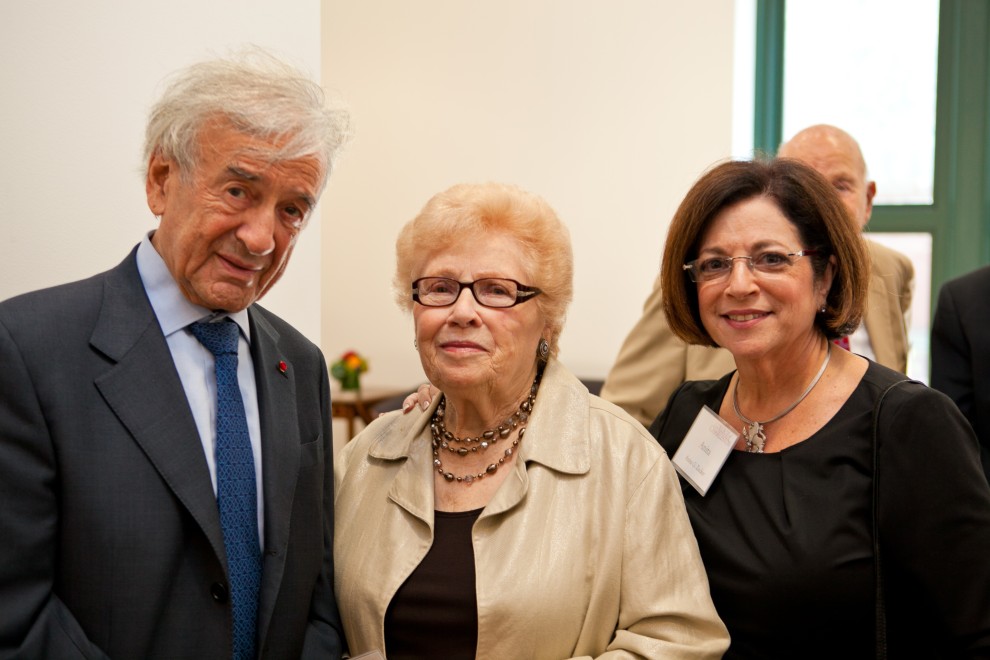 Originally published in the Post and Courier on Aug 29, 2016 by Paul Bowers

The courage of Rose Goldberg in a World War II Polish ghetto saved several family members and, by extension, shaped the modern history of South Carolina.

Just 14 years old when the Nazis forced the Jews of Ludmir into hard labor, she hid herself and others in cramped spaces, including a faux septic tank. The family spent an entire year living underground beneath a barn, and she once spent six nights shuttling family members six miles through snow between hiding places.

Only 100 of the 20,000 Jews in Ludmir survived the Nazis’ mass executions. Among them were Goldberg, her mother, her two brothers, her cousin and her baby niece. After the war, she married Carl Goldberg, an older man who had lost his wife and 3-year-old daughter when Germans bombed his town.

Rose and Carl had a daughter, Anita, who went on to marry Jerry Zucker, also a son of Holocaust survivors. Now 92 years old, Rose has lived to see her daughter become the wealthiest person in South Carolina and one of the state’s best-known philanthropists as CEO of the North Charleston-based InterTech Group.

Recently, to honor her family, Zucker donated $1 million to the Center for Advancing Holocaust Survivor Care, a Jewish Federations of North America initiative to support aging survivors across the U.S. The organization estimates that one-quarter of the 120,000 survivors in America today are living in poverty.

“Teaching has always been my passion, and my parents and in-laws are the best teachers I’ve ever had,” Zucker said in a prepared statement. “One look at the world today proves the danger of forgetting the lessons of the Holocaust. My hope in making this gift is to ensure a long, good life for as many survivors as I can. It is another way of making sure as many people, especially young people, as possible have the opportunity to learn from the lives of these absolutely incredible individuals.”

How to help: To make a donation to the Jewish Federations’ National Holocaust Survivor Initiative, visit jewishfederations.org/helping-holocaust-survivors